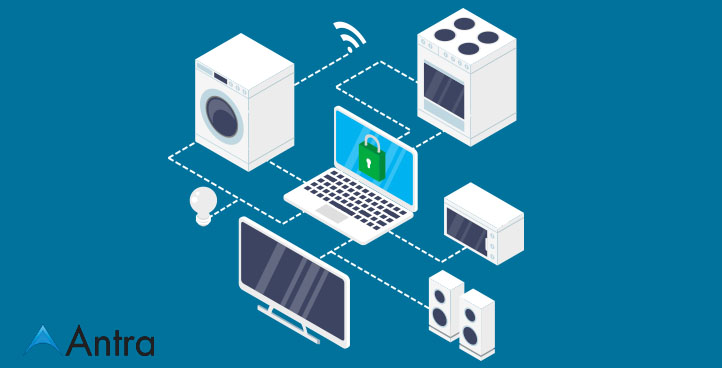 The magic of IoT Cybersecurity: “Alexa, turn off the light.”

A few years back, turning off lights on a command, was a far away dream. But now, with a wide range of home automation products, one can make their homes smarter and better. Each day newer devices emerge with better features and more sophistication, and they are progenies of the Internet of things (IoT).

The internet of things (IoT) is turning the game over due to their dramatic growth. Now, it’s possible to connect all the device in your house through the internet and control them with your smartphones or AI devices such as Amazon’s Alexa, Google Home, Apple’s HomePod. In the world of smart IoT, a considerable number of devices are connected to the internet which produces massive amounts of data, and analysis of the data imparts a positive influence on our lives. But, due to its connectivity with the internet: consumers, developers, government bodies, designers, and manufacturers are concerned about various aspects of the technology, especially security in IoT.  These are severe issues of security in IoT that needs to be addressed to develop a positive, forward-looking roadmap towards IoT development.

The concept of IoT itself indulges in a wide range of security risks and challenges both on the software and hardware level. Attacks on IoT devices not only threaten personal information to seep into the public domain but can even be used to steal and crack codes. The DDoS attack took down websites like Netflix, PayPal, etc. with the help of simple devices and these served as a warning to the cyber world.  Right now, IoT cybersecurity is critical and to focus on that Gartner came out with some astounding analytics like:

The threat is rising, and someone must take responsibility. Semiconductor companies, Users, etc. are therefore obliged to develop solutions and follow them to strengthen IoT cybersecurity.

If we look at the challenges, there are four:

More systems lead to more cyber attacks irrespective of whether they were individually secure or not. Since a system’s most vulnerable point determines its overall security level, a comprehensive, end-to-end approach is required to secure it.  Companies, government bodies, integrators, etc. should come together to provide end-to-end protection to repel any further attacks.

IoT lacks well-established standards to help the industry understand how every stack of technology should interact or form. Established players play by their own rules which ULTIMATELY slows down the development of IoT. Also, the lack of standards deprive companies of the opportunity to develop an end to end security solution.

Challenge 3: Unwillingness of a customer to pay more money for security

Customers and producers consider security to be essential BUT are unwilling to pay higher prices. According to a survey, more than 40 percent of the semiconductor companies indicated that their customers are reluctant to pay any premium price, or they expect IoT cybersecurity cost to decline in future.

This indifference hinders the technology advancement and growth of IoT. Here, a change in the mindset of the customers is the need of the hour. It is the responsibility of the users to understand the risk of such cyber attacks. But down the line, the semiconductor companies need to understand their customers and act accordingly to meet their needs.

Challenge 4: Companies are struggling to keep up with the profit.

With the customers and producers unwilling to pay a hefty amount for significant change in IoT cybersecurity, companies are struggling to make profits. According to a survey, 40 percent of the executives say that it is difficult to make money over security as the users consider it a primary feature. So, at the end the companies which are diverted and forced to up their security ventures face challenges.

What are some of the probable solutions?

“Prevention is better than cure.”

The entire cyber world compromising of the users, government bodies, integrators, semiconductor companies, etc. need to come together and form a community. They need to thoroughly understand the need of the hour and come up with some standard rules to follow. Individually companies need to assess their internet-connected device’s security, how vulnerable they are and a plausible solution for IoT cybersecurity. Devices like the HVAC systems, self-driving cars are the ones more prone to be attacked and sabotaged.

But at the basic level, users should be the one to take care. Default Usernames and IP addresses should regularly be changed and shouldn’t be taken lightly. Micro-segmentation of the devices would reduce and limit the damage caused by a breach or at least restrict the hacker’s movement to some extent.

There are limitless security issues, but a collective effort would ensure positive results. But, despite the challenges, there is no doubt that IoT is the next big thing. But, a little thoughtful approach by the cyber community will solve many problems and provide additional values. The companies that act now will be the leaders of tomorrow in developing IoT.