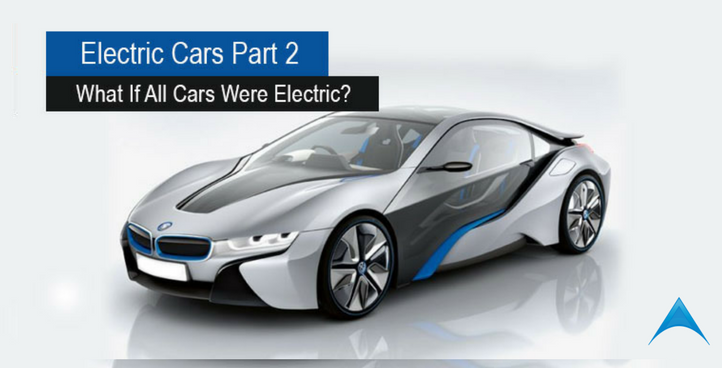 THIS IS THE CONTINUATION OF OUR PREVIOUS POST – A WORLD OF ONLY  ELECTRICALLY CHARGED CARS, IS IT GOING TO BE A REAL GAME-CHANGER? WELL, IN PART 1 OF THE POST, WE HAVE PRESENTED SOME OBVIOUS CHANGES IN THE INDUSTRY IF ALL THE CARS IN THE US WERE ELECTRIC. IN THIS POST 2, WE BRING THE TOPIC TO A CLOSE BY ANALYZING THOSE CHANGES AND BY UNDERSTANDING THE ADAPTATION OF ELECTRIC VEHICLES IN A BIGGER PICTURE.

What changes you ought to see in the Electric Mobility (E-Mobility) industry?

Is this change going to exert influence on electricity demand and tax revenues? Or would it urge for a change in employment, education and training in the Auto manufacturing and Auto repairs industry?

What would gas stations transform into? Well, let’s analyze what changes we see with this electric charged vehicles revolution and how it has been heralded as a greater scope in the future — encouraging the adaptation of eco-friendly vehicles as fuel supplies and the number of gas stations continues to dwindle.

If all cars in the US were electric, how much would total ELECTRICITY demand rise by?

Yes, let’s look at this hypothetical question and if it ever has to come true, how much electricity production this scenario demands. This tricky question surely makes us think twice, isn’t it? Few quick choices are to look into research statistics, come up with a total complex numbers equation or simply go with an educated guess.

But, predicting the surge in demand for electricity is going to be an off in reality. At least at this point, trying to calculate the accurate information about electricity demand (increase in percentage) would be too much to look into and might give us an inadequate projection. So let’s look into the other possible impacts.

If the switchover happens, how can these vehicles be called as electrically charged cars?

Now that you know EVs (Electric Charged Vehicles) result in an unprecedented growth in demand for electricity, have you ever thought of this – how many charge points would this demand require? It’s very simple to picture that with an increasing demand for electrically charged cars every year, it also draws an increase in generating electricity capacity. And here comes the real problem – how all of these cars are charged?

Because today, in many older cities in the US, many people don’t have proper parking places for their cars and they leave their cars next to their homes or on the streets.

And there is an another set of people who live in apartments or houses but have control over their car parking spaces (garages, designated parking spaces). So what is the solution to this problem? Having public charging stations, or utilizing a multi-head version of charging system which was quoted by Tesla to address this problem on Electric? Or using some valet services that take your car and charge it for you?

Right now, many electric charged cars are limited by ranges and need to be recharged very often. Not every place you go on a daily basis has high-range e-fuelling stations for your car.

Meaning, you may be stuck if your vehicle runs out of a charge when you are on a long drive. While it takes less than 2 minutes to fuel 10 gallons of gasoline, an electric charged car takes about 30 minutes to charge the equivalent gasoline weight/power.

Therefore, longer waiting times to and finding nearest gas stations going to be the biggest challenges. However, these challenges are expected to be addressed in the future with improved technologies.

What will happen to gas stations and all those auto repair shops?

As we see, this evolution is going to result in a rapid expansion of electric charged vehicles, it is pretty clear that there will be an increase in the recharge stations followed by a drop in the gas station businesses. Well, this could also be a beginning of the end of the gas stations, or all the gas/fuel stations eventually turn into recharge stations.

Obviously, electrically charged cars don’t have gasoline engines; they are truly built on series motors and batteries. What will happen to all the auto repair shops and the businesses relying on the gasoline engine repairs? What about schools and students who undergo training and seek careers in the auto mechanic industry? Do they need to transform their skills, and evolve from purely car mechanics to electric car technicians and be able to sustain in the market?

Can we get rid of gas guzzlers with the adoption of electrically charged cars?

Our intense liking for petroleum fueled cars is something that’s not untold. Remember those cars which date back to 1900 century and how automakers began mass production of various models? And very soon these vehicles became an efficient means of travel to the everyday commute to work, intercity transport, shopping trips and much more.

Over 80% volume of crude oil is burned to power these cars today! According to a report posted by the U.S department of energy website, gasoline or petrol cars lose about 62.4% of fuel as heat and about only 15% of the energy stored in the tank, which is used to power these conventional cars.

While their counterpart EVs convert chemical energy to electrical energy resulting in 90% efficiency. There are a number of factors that prove why EVs are the best adoption of alternatively powered cars and here are a few:

Now gas guzzlers become a thing of the past!

Will gas stations be overtaken by recharge stations?

By 2030, a large number of sales would be seen, according to many projections and experts’ predictions. In the US, there are about 114,500 filling stations and only 9,000 public charging stations. While in Japan, there are more recharge stations than gas/petrol stations – speeding ahead with electric charged cars revolution.

A recent survey by Nissan revealed that Japan has 35,000 filling stations, whereas 40,000 electric cars recharge points.

However, many of these recharge stations belong to private owners. With people buying more electric charged cars, eco-friendly, hybrid or low-emission vehicles, this trend spawns more power points and will foster to develop the infrastructure encouraging electric charged vehicles take-up.

How clean are EVs?

With EVs gaining popularity in the US and there are many government policies, subsidies to encourage EV sales; a significant research has been done to evaluate the reduction of global warming emissions and carbon pollution as well.

The graph below will help in assessing the total environmental impact of various consumer vehicles, including gasoline-only, plug-in hybrid electric and battery electric choices.

Well, is that everything?

No, absolutely NOT. There are other oblique impacts on auto-industry, oil-drilling companies, auto repair stores, schools that train auto repair and careers in this field. The list goes on, and every type doubtlessly has many sub-categories.

The takeaway here is: The EV revolution by disruptive technologies is definitely driven by a variety of factors. You can be sure of one thing – with every year there comes manifold models of EVs to the road, we will not only witness a decrease in the demand for oil but also are one step forward in transformation journey in the overall industry.

AthenaElectric Cars Part 2: A Complete Switch over To Electrically Charged Cars – What Would The World Be Like?09.06.2017