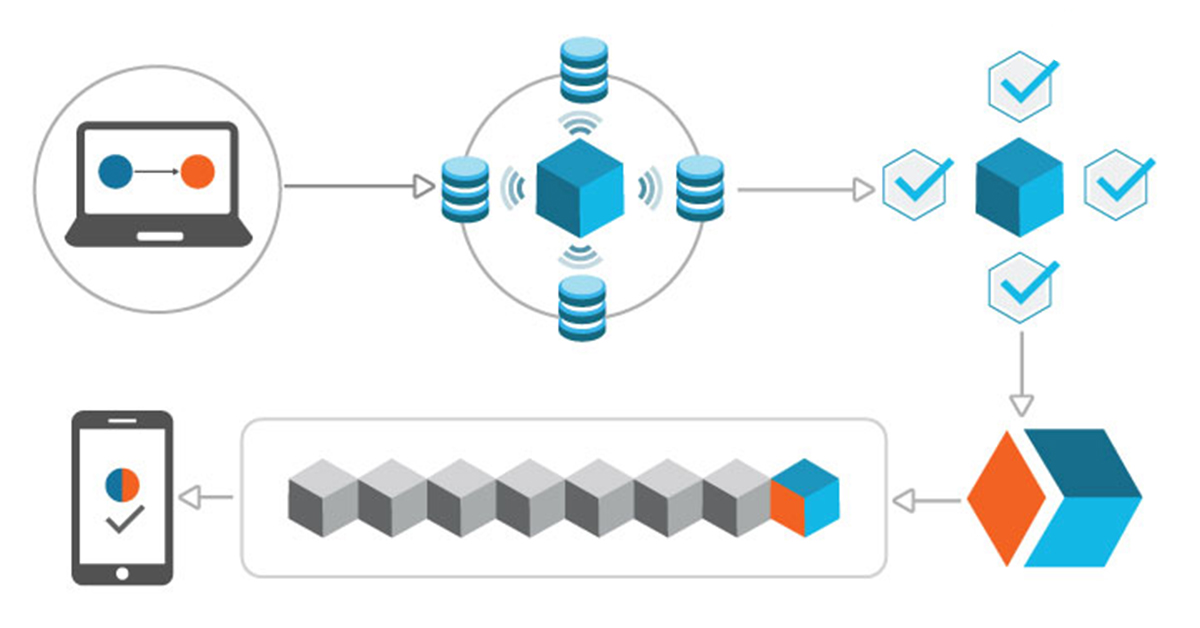 If you quickly do the rounds, there is a considerable buzz around cryptocurrencies, promptly supported by a sudden rush for investment in that. Amidst all the euphoria, it’s important to know the technology behind the cryptocurrencies. With a daily influx of news around Blockchain, you must be wondering what it is? It’s not easy neither an impossible concept to understand. Let’s just try to understand the excitement behind the blockchain technology.

What is the Blockchain Technology?

The blockchain is essentially a digital ledger that stores data in an encrypted format, which could only be accessed with permission. As the data is encrypted and distributed across many different computers, it’s not an easy task to tamper with the data. In the July 2016 report Blockchain in Insurance—Opportunity or Threat, McKinsey and Company defined blockchain as “a distributed register to store static records and dynamic transaction data without central coordination by using a consensus-based mechanism to check the validity of transactions.”

“The blockchain is an incorruptible digital ledger of economic transactions that can be programmed to record not just financial transactions but virtually everything of value.”

Let’s divulge deep, to get hold of the idea of Blockchain technology through some analogies:

Information held in blockchain is shared and continually updated. The database stores records, across hundreds of computers, which are public and easily verifiable. Distribution of the data reduces the risk of tampering and enhances security.

William Mougayar, the author of The Business Blockchain, gave this analogy.

Before Google Docs there was no way a group of people could simultaneously work on a document. Google Docs fixed it. Similarly, Blockchain sets that by instantly updating any changes for everyone across the globe to see. It’s mostly useful for business where people need to collaborate on documents.

Another explanation from an online forum will throw some light about how the public and private key works:

“Imagine there are a bunch of safes lined up in a giant room somewhere. Each safe has a number on it identifying it, and each safe has a slot that allows people to drop money into it. The safes are all made of bulletproof glass, so anybody can see how much is in any given safe, and anybody can put money in any safe. When you open a bitcoin account, you are given an empty safe and the key to that safe. You take note of which number is on your safe, and when somebody wants to send you money, you tell them which safe is yours, and they can go drop money in the slot.”

A “public key” is a long, randomly-generated string of numbers and functions as the users’ address on the blockchain. As per Bitcoins, when sent across the network, it gets recorded as belonging to that address. The “private key” is just like a password that would give its owner access to their digital assets.

Now, you got the hang of what is blockchain, undoubtedly the next big thing. Then let’s talk about the overwhelming features of the blockchain.

The blockchain is robust and durable

“The blockchain is a self-auditing ecosystem of a digital value; the network reconciles every transaction that happens in ten-minute intervals. “Every transaction that takes place is embedded within the network, i.e., all the records are public. Most of the information or block is incorruptible as it would lead to the use of massive amount of computing power to overrule the entire network; impossible.

The blockchain is a decentralized technology.

Decentralization means the system operates on a user-to-user basis.  The network is regulated by everybody, and each one is the administrator.

The blockchain is a decentralized technology, and its security methods use encryption technology.

The security measures consist of a public and private “keys.”  Your data is safe on the blockchain, and it is incorruptible.

According to many, the blockchain technology will be inevitably disrupted various industries like the finance, healthcare, etc. Even the internet is at risk to the blockchain. For our next blog, we will talk about how the Blockchain can change the world.